Researchers at the University of Birmingham have developed a contact lens that may help people with colour blindness simply by using a low cost dye, according to research published in the journal Advanced Healthcare Materials.

Colour blindness – or colour vision deficiency (CVD) – is an inherited genetic ocular disorder where some people have difficulty distinguishing certain colours. While no cure for this disorder exists, several methods have been used to increase the colour perception of those affected. However, current products on the market such as colour filtering glasses are expensive, bulky and incompatible with other vision corrective glasses.

Normal colour vision is trichromatic – this means any colour can be created by combining the colours blue, red and green, which are perceived by a cluster of cones at the back of the eye. These cones are divided into three groups, responsible for short wavelengths – blue – medium wavelengths – green – and long wavelengths – red. In normal vision all three are present. When any of these cones are missing, the brain receives incorrect information leading to limited ability to identify certain colours in some people.

Several companies are already selling glasses and custom made lenses for colour blindness correction which can be expensive for many users, however, in this research an inexpensive soft commercial contact lens was dyed with a non-toxic rhodamine derivative dye. This particular derivative of rhodamine was chosen as it is known for its ability to absorb certain wavelengths of light in the optical spectrum. Researchers found that the dye blocked the band that lies between the red and green wavelengths, which is perceived by two sets of corresponding optical cones simultaneously. The removal of this band through the dyed lens inhibited the simultaneous triggering of the cones designated for green and red wavelength bands, enabling better differentiation between red and green colours.

The dyed lens was tested on people with red-green colour vision deficiency (the most common form of CVD). The dyed contact lens was applied to a glass slide. The participants were asked to look at several numbers through the dyed lens, and to note whether there were any improvements to the colours or the clarity of the number. They were also asked to observe their surroundings and note whether they saw any improvements in their colour perception.

The results verified that dye tinted lenses can be used to enhance the colour perception of people affected by colour vision deficiency. Further patient studies are now underway.

Dr Haider Butt, lead researcher from the University of Birmingham’s Department of Mechanical Engineering  and the Institute of Healthcare Technologies., said: ‘Contact lenses are of interest for colour blindness correction because it is easier to correct the entire field of view. The dye processing we carried out does not need any complex preparation, it is not toxic to the human eye, and our method could be easily used in both glasses and contact lenses at low cost.’

The Latest on: Colour blindness

The Latest on: Colour blindness 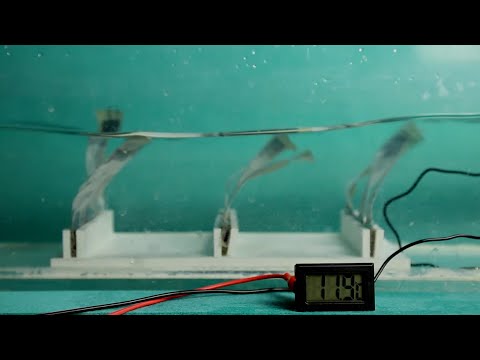