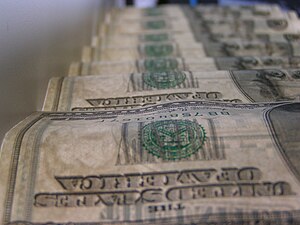 The fight between bills and coins internationally

In the United States, a bipartisan Congress group has been pushing for the paper dollar to be replaced with a dollar coin.

The campaign has been supported by a study of the Government Accountability Office which said the government could save about $5.5 billion over 30 years if it replaced dollar bills with coins. Paper bills last about three years on average before being shredded into waste paper. Coins can circulate for some three decades before they are worn out and recycled.

With the US federal deficit exceeding $1 trillion, supporters of the so-called Currency Optimization, Innovation and National Savings Act say it will help solve the debt problem.

“At a time when we are staring down a record-breaking $1.3 trillion deficit, any commonsense measure that cuts billions needs to be given serious consideration. That is exactly what the COINS Act will do and why I am introducing it,” said David Schweikert, a member of the House Financial Services Committee and the Subcommittee on Domestic Monetary Policy.

However, it will not be easy to make this change.

Support for dollar coins among the American public seems to be lacking: previous efforts to introduce more dollar coins ended up with more coins being held in the Federal Reserve vaults due to their unpopularity.

And while ordinary people might base their preference on which they consider more convenient, there is clearly a tough fight involving complicated economics and politics. The key congressmen supporting the dollar coins come from Arizona, a major supplier of copper for the mints, while some key opponents are from Massachusetts which supplies paper for the dollar bills.

Every time I come from Shanghai to Beijing I am reminded of this coin versus bill debate.

In Beijing, one-yuan coins are less popular than one-yuan bills. If you give a shop assistant several yuan coins, you are likely to receive a frown. Every time I tried to find out why people prefer paper money, I was told that coins are inconvenient.

In Shanghai where one-yuan coins are the norm, the answer is exactly the opposite. Shanghainese not only consider the one-yuan bills inconvenient they also consider them dirty. They like the sound of coins jingling in their pockets.

Bookmark this page for “coins vs bills” and check back regularly as these articles update on a very frequent basis. The view is set to “news”. Try clicking on “video” and “2” for more articles.