The Latest
Home Innovation Will Direct Current Make a Comeback in the U.S.?

Will Direct Current Make a Comeback in the U.S.? 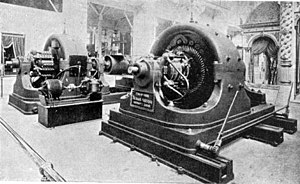 A new front in an old feud is being opened in the push for greater energy efficiency.

In the late 19th century, two competing electricity systems jostled for dominance in electric power distribution in the United States and much of the industrialized world. Alternating current (AC) and direct current (DC) were both used to power devices like motors and light bulbs, but they were not interchangeable.

A battle for the grid emerged from the Apple and Microsoft of the Gilded Age. Thomas Edison, who invented many devices that used DC power, developed the first power transmission systems using this standard. Meanwhile, AC was pushed by George Westinghouse and several European companies that used Nikola Tesla’s inventions to step up current to higher voltages, making it easier to transmit power over long distances using thinner and cheaper wires.

The rivalry was fraught with acrimony and publicity stunts — like Edison electrocuting an elephant to show AC was dangerous — but AC eventually won out as the standard for transmission, reigning for more than a century.

Now comes the EMerge Alliance, a consortium of agencies and industry groups that thinks DC will make a comeback. With so many portable electronic devices and large electricity users like data centers running on DC, the technology can fill a growing niche while cutting energy consumption.

In addition, as more renewable electricity generators like photovoltaics and wind turbines producing DC come online, DC power systems can ease their integration into the grid. “We were asking, as a group, of ourselves, ‘If we’re generating DC power and we’re using DC power, why are we converting it to AC to move it a few hundred feet, or even a few feet?'” said Brian Patterson, chairman of EMerge.

Bookmark this page for “Direct Current” and check back regularly as these articles update on a very frequent basis. The view is set to “news”. Try clicking on “video” and “2” for more articles.