The results also could prove relevant to other ataxia disorders 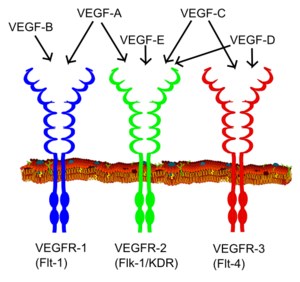 A groundbreaking study in the journal Nature Medicine suggests what could become the first effective treatment for a debilitating and fatal disease of the central nervous system called SCA1.

The study, based on an animal model, found that the disease is linked to low levels of a multipurpose protein called VEGF. Researchers found that in mice that had SCA1, replenishing this protein lead to significant improvements in muscle coordination and balance.

Ameet R. Kini, MD, PhD, an associate professor in the Department of Pathology and Cardinal Bernardin Cancer Center of Loyola University Chicago Stritch School of Medicine, is a co-author of the study.

SCA1 (spinocerebellar ataxia type 1) is an inherited disease caused by a mutation of a single gene. The disease affects 1 to 2 people per 100,000 of population. The first symptoms are usually lack of muscular control of the hands and trouble with balance while walking. Later symptoms can include difficulty swallowing, indistinct speech, neuropathy, spasticity, weakness and memory problems. The disease generally proves fatal within 10 to 30 years, and there currently is no effective treatment, according to the National Ataxia Foundation.

In the first part of their study, researchers conducted several tests that demonstrated that mice with SCA1 had low levels of VEGF (vascular endothelial growth factor). In the brain, VEGF stimulates the growth of blood vessels and works in other ways to keep brain cells healthy.

Researchers then tested whether boosting VEGF levels would benefit mice that had SCA1. They boosted VEGF two ways: By genetically engineering mice to produce more of the protein and by delivering VEGF directly to the brain.

Mice that had SCA1 were given a performance test called Rotarod, which measures balance and coordination. The test, which is somewhat like a log-rolling competition, measures how long a mouse can stay atop a rolling cylinder.

The findings suggest that reversing low VEGF levels “may be a potentially useful treatment in patients with SCA1,” researchers wrote.

The results also could prove relevant to other ataxia disorders “and possibly even other neurodegenerative syndromes,” researchers wrote.

However, Kini cautioned that while the study findings are promising, they do not necessarily apply to humans. It would require clinical trials in patients to prove that replenishing VEGF levels is a safe and effective treatment, Kini said.

Bookmark this page for “ataxia disorders” and check back regularly as these articles update on a very frequent basis. The view is set to “news”. Try clicking on “video” and “2” for more articles.

NTU Singapore scientists develop fabric that can stiffen on demand