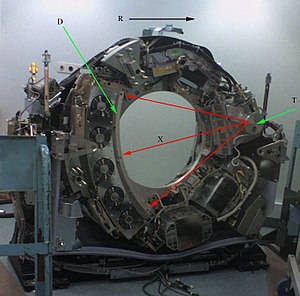 STRIKING oil is one thing. Getting it out of the ground in economic quantities is quite another. Doing so depends on understanding the granular structure of the rock it is trapped in, and analysing that is a tedious business of placing countless samples in pressure vessels to assess their capacity to hold hydrocarbons and to estimate the flow rate of those hydrocarbons through them. This can take years.

Help, though, is at hand. Computerised tomography (CT) scanning has been used in medicine for several decades. Now it is being applied to geology. In alliance with electron microscopy, the geological use of CT scanning has given birth to a new field, digital rock physics. The field’s proponents believe it will let oil companies decide far more quickly than they could in the past which strikes are worth exploiting, and which should be abandoned.

One of those proponents is Amos Nur, chief technology officer at Ingrain, a company based in Houston, Texas. His firm is one of three independent digital-rock-physics laboratories in the world. (The other two are Numerical Rocks in Trondheim, Norway, and Digitalcore in Canberra, Australia.) According to Dr Nur, the new technology is capable of creating three-dimensional pictures of a sample’s structure with a resolution of 50 nanometres. That is enough to work out how oil and gas trapped in the pores between the grains of such a rock might be expected to behave.

Most of the samples analysed by Ingrain start as cylindrical cores brought up from deep below the Earth’s surface by drills. A typical core is several metres long, so it is first subject to a rough and ready CT scan using a standard medical scanner. The scanner is fitted with calibration rods made of a proprietary material whose properties provide reference points for the creation of an image. This initial scan yields a picture that has a resolution of about 500 microns (in other words, the smallest object it can distinguish is 500 microns across).

That done, sections of the core 2-3cm long, whose porosity is of particular interest, are subject to further study. This involves scanning them in a special micro-CT machine, of a sort developed originally to look at computer chips. The sample is placed on a turntable and rotated inside this microscanner. The result is a 3D image with a resolution of 40 microns. This allows sections requiring further study to be identified.