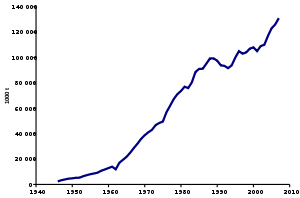 Though it may not sound very glamorous, a new method of extracting ammonium from liquid animal manure could be exciting news for both confined animal operations and environmental groups, according to a Texas AgriLife Extension Service engineer.

The method uses gas-permeable membrane technology that tests have shown could remove 50 percent of the dissolved ammonium in liquid manure in 20 days. The removed ammonium is “not scrubbed but captured,” said Dr. Saqib Mukhtar, AgriLife Extension engineer and interim associate department head of the Texas A&M University department of biological and agricultural engineering.

By captured, Mukhtar means, the ammonium is concentrated as ammonia sulfate compound, which as commercial fertilizer could potentially offset the cost of the removal process.

Though still in the lab-bench test stage, the technology shows great promise to solve a long-standing, expensive well-documented problem that confined-animal feeding operations such as dairies and feedlots face daily, Mukhtar said.

“Excessive ammonia emissions from animal feeding operations are considered a source of odor and environmental pollution,” Mukhtar said. “Once emitted, ammonia may contribute to formation of fine airborne particulates in the presence of certain acidic compounds in the atmosphere.”

Also, ammonia emissions from improperly managed manure systems may contaminate groundwater and cause excessive vegetative growth in lakes and reservoirs, he said.

“And it may even be a constituent of nitrous oxide, a potent greenhouse gas,” he said.

There are other methods of mitigating ammonia emissions from manure storage and treatment facilities, including acidic solution-sprayed scrubbers and bio-filters, and chemicals such as acidified clays and sodium hydrogen sulfate, Mukhtar said.

“Several of these methods have been promising, but high costs, lack of ‘staying power’ of chemicals and other additives, lack of ammonia recovery for beneficial uses, and the complex operation and management of some of the technologies have restricted their extensive use in animal agriculture,” he said.

In comparison, the membrane technology Mukhtar and his associates have been testing is relatively simple.

Gas-permeable tubing is submersed in a tank of liquid manure. A very dilute solution of sulfuric acid is pumped through the tubing, which has a porosity of only 2 microns. To put this in perspective, a typical human hair is 70 microns in diameter.

Also, the migration is enhanced by ammonium being a base and chemically attracted to the acid in the tubing.

The name of the tubular membrane they used is “expanded polytetrafluoroethylene, which is usually abbreviated ePTFE,” Mukhtar said.

The product has several uses including blood filtration and synthetic blood vessel and even dental floss, he said, and once was prohibitively expensive. But with the expiration of several patents for this material and its uses, the cost has dropped dramatically, allowing its use for other applications.

Mukhtar said the next step is to scale up from the small bench model to a large tank, perhaps 100 gallons, he said. The team also wants to experiment with how little tubing can be used, and how dilute the acid solution can be, while still capturing about 50 percent of the ammonium within a reasonable amount of time.

They are also looking ahead to learn how to economically scale up the process for use on the farm.

Bookmark this page for “ammonia from manure” and check back regularly as these articles update on a very frequent basis. The view is set to “news”. Try clicking on “video” and “2” for more articles.