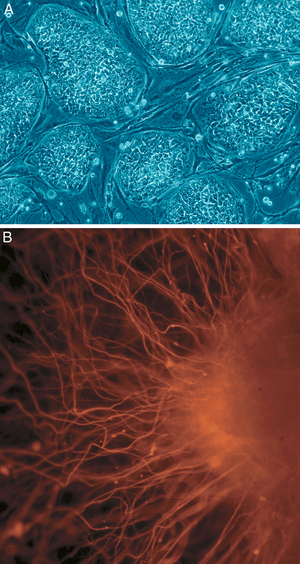 After a heart attack or stroke, heart scarring can lead to dangerously paper-thin heart walls and a decreased ability to pump blood through the body. Although the heart is unable to completely heal itself, a new treatment developed at Tel Aviv University uses laser-treated bone marrow stem cells to help restore heart function and health.

Combining the therapeutic benefits of low-level lasers — a process called “shining” — and bone marrow stem cells, Prof. Uri Oron of the Department of Zoology at TAU’s George S. Wise Faculty of Life Sciences has developed an effective, non-invasive procedure that significantly reduces heart scarring after an ischemic event, in which the heart is injured by a lack of blood supply. When the laser is applied to these cells a few hours after a heart attack, scarring can be reduced by up to 80 percent.

Prof. Oron’s innovative method, which was recently reported in the journal Lasers in Surgery and Medicine, is ready for clinical trial.

Sending an SOS signal into the bone marrow

Though the heart is known to contain some stem cells, they have a very limited ability to repair damage caused by a heart attack, says Prof. Oron, and researchers have had to look elsewhere. One of the first efforts to use stem cells to reduce heart scarring involved harvesting them from the bone marrow and inserting them back into the heart muscle, close to the heart’s blood supply, but this had limited success.

Prof. Oron, who has long used low level lasers to stimulate stem cells to encourage cell survival and the formation of blood vessels after a heart attack, was inspired to test how laser treatments could also work to heal the heart. He and his fellow researchers tried different methods, including treating the heart directly with low level lasers during surgery, and “shining” harvested stem cells before injecting them back into the body.

But he was determined to find a simpler method. After a low-level laser was “shined” into a person’s bone marrow — an area rich in stem cells — the stem cells took to the blood stream, moving through the body and responding to the heart’s signals of distress and harm, Prof. Oron discovered. Once in the heart, the stem cells used their healing qualities to reduce scarring and stimulate the growth of new arteries, leading to a healthier blood flow.

To determine the success of this method, Prof. Oron performed the therapy on an animal model. Following the flow of bone marrow stem cells through the use of a fluorescent marker, the researchers saw an increase in stem cell population within the heart, specifically in the injured regions of the heart. The test group that received the shining treatment showed a vastly higher concentration of cells in the injured organ than those who had not been treated with the lasers.

In the longer run, Prof. Oron sees this as a way to make cell therapy simpler. Without the need to remove the stem cells from the body, this treatment stimulates a whole variety of stem cells to help heal the body — a “cocktail” ultimately more efficient than single-cell type treatments. This could prove to be beneficial to the repair of other human organs such as the kidney or the liver, he notes.