The Very Basis Of Our Patent System… Is A Myth 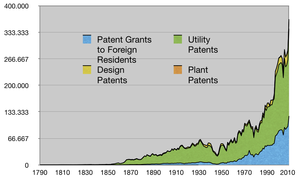 DWG pointed us to what appears to be Mark Lemley’s latest (and I’ll caveat that with the point that Lemley is crazy prolific, so he may have written something else more recently) paper on the patent system, in which he explores “the myth of the sole inventor,” and worries about the fact that our entire patent system appears to be based on this very myth:

The theory of patent law is based on the idea that a lone genius can solve problems that stump the experts, and that the lone genius will do so only if properly incented. But the canonical story of the lone genius inventor is largely a myth. Surveys of hundreds of significant new technologies show that almost all of them are invented simultaneously or nearly simultaneously by two or more teams working independently of each other. Invention appears in significant part to be a social, not an individual, phenomenon. The result is a real problem for classic theories of patent law. Our dominant theory of patent law doesn’t seem to explain the way we actually implement that law.

He notes that if it’s true that most inventions are being simultaneously discovered by multiple parties, and we still believe in the basis for the patent system as put forth today, we should be rejecting nearly all patents filed today:

The result is a real problem for classic theories of patent law. If we are supposed to be encouraging only inventions that others in the field couldn‘t have made, we should be paying a lot more attention than we currently do to simultaneous invention. We should be issuing very few patents—surely not the 200,000 per year we do today. And we should be denying patents on the vast majority of the most important inventions, since most seem to involve near-simultaneous invention. Put simply, our dominant theory of patent law doesn‘t seem to explain the way we actually implement that law.

The paper has an extensive discussion on simultaneous invention, and just how prevalent it is — something we’ve discussed before. The point raised is that nearly every major innovation has involved simultaneous invention, and appears to be the sort of “natural” progress that would happen no matter what — contradicting the idea that patents are needed to act as incentive for the invention.

Multiple, independent studies show that what Merton calls — singletons are extraordinarily rare sorts of inventions. Indeed, Lamb and Easton call multiple, simultaneous invention — the pattern of scientific progress. Merton’s classic work suggests that inventions occur not merely because an individual did something particularly creative or surprising, but because the time and conditions were right. There are two components to this idea. First, invention is not a discontinuity, but an incremental step in an ongoing process. Inventors are working with the tools they are given and trying to improve those tools or use them to make something new. Schoenmakers and Duysters study 157 different inventions and conclude that they are largely based on extensions of existing knowledge.

Second, invention by one and only one person or group is exceedingly rare. Far more common are different groups struggling with the same incremental problem, and achieving the same solution at roughly the same time. Ogburn and Thomas conducted the classic study here. They document 148 instances of simultaneous invention. Only rarely, they find, does an inventor come up with an idea that is not developed in similar form by others working independently. Data on litigation tells a similar story; empirical evidence suggests that between 90 and 98% of modern patent lawsuits are against independent inventors, not copiers.

It’s not difficult to figure out why this is true. While patent system supporters continue to insist that patents are “necessary” as the incentive to innovate (we hear all the time in our comments how without patents, no one would bother inventing), the truth is that there are much more effective and useful drivers of invention and innovation: need and consumer demand. Other studies have shown that the major driver for invention is one’s own need. That same study found that a second big driver of innovation was to get past a certain hurdle that would make an overall market bigger. In such scenarios patents don’t make sense, because lots of players in the market are willing to collaborate to get past the initial hurdle. Giving a patent to a single player would hinder much of the innovation (as we’ve seen).

In fact, however, the evidence does not simply show that most inventions result from simultaneous independent invention. It also shows that the vast majority of the most important inventions of the past two centuries—the pioneering inventions that seem with the passage of history such radical departures from the prior art—were themselves the result of gradual social processes in which multiple inventors developed the idea at about the same time.

From there he goes through the history of a variety of such “breakthrough” inventions, and dispels the “myth of the lone genius” in each case. One by one, he goes through the steam engine, steamboats, the cotton gin, the telegraph, the sewing machine, the telephone, the light bulb, the movie projector, the automobile, the airplane, radio, television, the computer, the laser and polymer chemistry — and in every case shows how lots of people basically came up with the same basic inventions at about the same time, often independently. In fact, sometimes the names most associated with the “invention” were stragglers, who were well aware of the work of others in the field. Lemley does admit to a few true independent inventions… but, in almost every one of those cases, the invention was more of an accident, such as with penicillin, vulcanized rubber, the pacemaker and film — all of which resulted from accidents or mistakes, rather than any sort of “individual genius” that needed to be rewarded.

A personalized exosuit for real-world walking