Type 2 diabetes in newly diagnosed ‘can be reversed’ 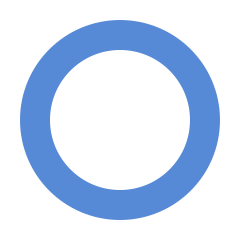 An extreme eight-week diet of 600 calories a day can reverse Type 2 diabetes in people newly diagnosed with the disease, says a Diabetologia study.

Seven out of 11 people studied were free of diabetes three months later, say findings published in the journal.

More research is needed to see whether the reversal is permanent, say experts.

Type 2 diabetes affects 2.5m people in the UK. It develops when not enough insulin is produced in the body or the insulin that is made by the body doesn’t work properly.

When this happens, glucose – a type of sugar – builds up in the blood instead of being broken down into energy or fuel which the body needs.

The 11 participants in the study were all diagnosed with Type 2 diabetes within the previous four years.

After one week of the diet, researchers found that the pre-breakfast blood sugar levels of all participants had returned to normal.

MRI scans of their pancreases also revealed that the fat levels in the organ had decreased from around 8% – an elevated level – to a more normal 6%.

Three months after the end of the diet, when participants had returned to eating normally and received advice on healthy eating and portion size, most no longer suffered from the condition.