Einstein Quotes from AI:
Home Innovation Tapping Into Plants Is the Key to Combat Climate Change

Tapping Into Plants Is the Key to Combat Climate Change 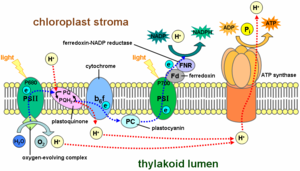 Understanding the way plants use and store light to produce energy could be the key ingredient in the fight against climate change, a scientist at Queen Mary, University of London says.

Professor Alexander Ruban from Queen Mary’s School of Biological and Chemical Sciences has been studying the mechanisms behind photosynthesis, a process where plants use sunlight and carbon dioxide to produce food and release oxygen, for 30 years.

In a recent article published in Energy and Environmental Science, he analyses the complex mechanism by which higher plants absorb and store sunlight, the antenna of photosystem II.

“The photosynthetic antenna absorbs the sunlight used in the process of photosynthesis. It is an incredibly efficient mechanism, enabling not only the absorption and storage of sunlight, but also acting as a protective shield to ensure the plant absorbs just the right amount needed,” he explains.

“If we can somehow harness the capabilities of this magnificent mechanism and adapt these findings for the benefit of solar energy, our fight against climate change could become a whole lot easier.”