Stop Mining for Oil (and Coal), Start Drilling for Heat 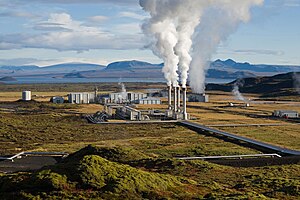 The center of the Earth is a roiling ball of heat, roughly 6,000 degrees Celsius as near as we can tell without a sci-fi tunneling effort. The closest humanity has come to that molten core is some 12 kilometers beneath the continental crust in Russia, which isn’t even halfway through said crust and akin to drilling into an apple without piercing the skin. Yet, it’s pretty clear that a lot of that core and mantle heat makes its way to or near the surface—witness: Yellowstone, the big island of Hawaii, all of Iceland—offering a cheap, constant and potentially clean source of energy.

There are already several methods for harvesting the energy in this rock that’s heated by the decay of radioactive elements. It’s also something humans have been doing for a long time—at least since 1911 in Italy to be exact when locals opened the world’s first geothermal power plant in the Valle del Diavolo. We even have an industry devoted to refining and improving the drilling techniques to make such energy available on an even grander scale—you know it as the most profitable enterprise on the planet, yes, the oil and gas industry.

So why in the world don’t we use more geothermal energy? “All the energy we need is right beneath our feet,” argues geologist Craig Dunn, chief operating office of Borealis GeoPower, a Canadian geothermal developer, an advisor to the Equinox Summit[?add link] and its search for alternative energy technologies. The summit paired “future leaders” with old-school scientists to develop a plan to cut greenhouse gas emissions, enhance energy security and extend modern energy to the billions of people who do not presently enjoy it. Geothermal could play a key role. As Dunn says: “the top one percent of the planet has enough energy to power and heat civilization for approximately 6 billion years.”

As it stands, geothermal accounts for roughly 0.3 percent of global electricity generation.  A big chunk of that comes from one power plant at The Geysers in Northern California. Other hotbeds of geothermal use range from the Philippines and Indonesia to Germany and Mexico. And there is plenty more to come by, for example in the volcanic seamounts of Hawaii, a state which currently relies on burning imported oil for 90 percent of its electricity, or using the heat in onsen (hot springs) as a replacement for nuclear power in Japan. Even California’s Google has gotten into the act, sinking roughly $11 million into geothermal drilling research.