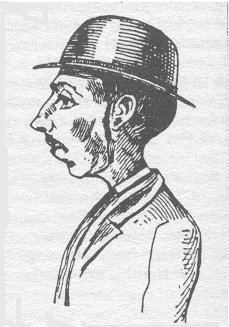 A Concordia graduate student has designed a promising computer program that could serve as a new tool in missing-child investigations and matters of national security. Khoa Luu has developed a more effective computer-based technique to age photographic images of people’s faces — an advance that could help to identify missing kids and criminals on the lam.

“Research into computer-based age estimation and face aging is a relatively young field,” says Luu, a PhD candidate from Concordia’s Department of Computer Science and Software Engineering whose master’s thesis explores new and highly effective ways to estimate age and predict future appearance. His work is being supervised by professors Tien Dai Bui and Ching Suen.

“We pioneered a novel technique that combines two previous approaches, known as active appearance models (AAMs) and support vector regression (SVR),” says Luu. “This combination dramatically improves the accuracy of age-estimation. In tests, our method achieved the promising results of any published approach.”

Most face-aged images are currently rendered by forensic artists. Although these artists are trained in the anatomy and geometry of faces, they rely on art rather than science. As a result, predicted faces drawn by artists can differ widely.

“Our approach to computerized face aging relies on combining existing techniques,” says Luu. “The human face changes in different ways at different stages of life. During the growth and development stage, the physical structure of the face changes, becoming longer and wider; in the adult aging phase, the primary changes to the face are in soft tissue. Wrinkles and lines form, and muscles begin to lose their tone.”

NTU Singapore scientists develop fabric that can stiffen on demand

Sensing directly on a touchscreen