New Solar Product Captures Up to 95 Percent of Light Energy 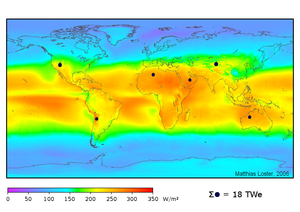 Efficiency is a problem with today’s solar panels; they only collect about 20 percent of available light.

Now, a University of Missouri engineer has developed a flexible solar sheet that captures more than 90 percent of available light, and he plans to make prototypes available to consumers within the next five years.

Patrick Pinhero, an associate professor in the MU Chemical Engineering Department, says energy generated using traditional photovoltaic (PV) methods of solar collection is inefficient and neglects much of the available solar electromagnetic (sunlight) spectrum. The device his team has developed — essentially a thin, moldable sheet of small antennas called nantenna — can harvest the heat from industrial processes and convert it into usable electricity. Their ambition is to extend this concept to a direct solar facing nantenna device capable of collecting solar irradiation in the near infrared and optical regions of the solar spectrum.

Working with his former team at the Idaho National Laboratory and Garrett Moddel, an electrical engineering professor at the University of Colorado, Pinhero and his team have now developed a way to extract electricity from the collected heat and sunlight using special high-speed electrical circuitry. This team also partners with Dennis Slafer of MicroContinuum, Inc., of Cambridge, Mass., to immediately port laboratory bench-scale technologies into manufacturable devices that can be inexpensively mass-produced.

“Our overall goal is to collect and utilize as much solar energy as is theoretically possible and bring it to the commercial market in an inexpensive package that is accessible to everyone,” Pinhero said. “If successful, this product will put us orders of magnitudes ahead of the current solar energy technologies we have available to us today.”