The Latest
Home Innovation Your Most Vital Lesson

Your Most Vital Lesson 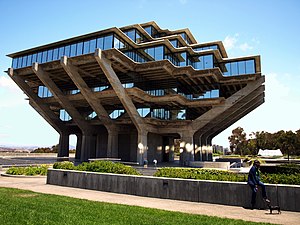 IF YOU ONLY HAD A SINGLE STATEMENT TO PASS ON TO OTHERS SUMMARIZING THE MOST VITAL LESSON TO BE DRAWN FROM YOUR WORK, WHAT WOULD IT BE?

In his famous Lectures on Physics, Richard Feynman presented this interesting speculation:

“If, in some cataclysm, all of scientific knowledge were to be destroyed, and only one sentence passed on to the next generations of creatures, what statement would contain the most information in the fewest words? I believe it is the atomic hypothesis (or the atomic fact, or whatever you wish to call it) that all things are made of atoms—little particles that move around in perpetual motion, attracting each other when they are a little distance apart, but repelling upon being squeezed into one another. In that one sentence, you will see, there is an enormous amount of information about the world, if just a little imagination and thinking are applied.”

Fascinated by Feynman’s question, Seed put a similar one to a number of leading thinkers: “Imagine—much as Feynman asked his audience—that in a mission to change everyone’s thinking about the world, you can take only one lesson from your field as a guide. In a single statement, what would it be?” Here are their answers:

“The scale of the human socio-economic-political complex system is so large that it seriously interferes with the biospheric complex system upon which it is wholly dependant, and cultural evolution has been too slow to deal effectively with the resulting crisis.”
—Paul R. Ehrlich is president of the Center for Conservation Biology at Stanford University.

“Humans have a tendency to fall prey to the illusion that their economy is at the very center of the universe, forgetting that the biosphere is what ultimately sustains all systems, both man-made and natural. In this sense, ‘environmental issues’ are not about saving the planet—it will always survive and evolve with new combinations of atom—but about the prosperous development of our own species.”
—Carl Folke is the science director of the Stockholm Resilience Centre at Stockholm University.

“The same mathematics of networks that governs the interactions of molecules in a cell, neurons in a brain, and species in an ecosystem can be used to understand the complex interconnections between people, the emergence of group identity, and the paths along which information, norms, and behavior spread from person to person to person.”
—James Fowler is a political scientist at the University of California, San Diego.