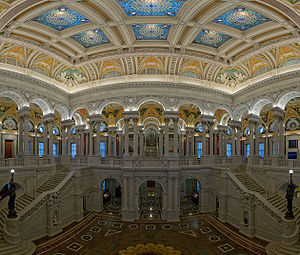 Is the tantalizing dream of a universal library dead?

Some scholars and librarians across the country fear it may be, now that a federal judge in New York has derailed Google’s bold plan to build the world’s largest digital library and bookstore. With 15 million books scanned, Google had gotten closer to the elusive goal than anyone else.

“It is quite disappointing because there isn’t something better in the wings,” said Michael A. Keller, the university librarian at Stanford, one of the first major universities to allow Google to scan its collections.

But others, who were troubled by Google’s plan, have hailed the ruling. They see it as an opportunity to bring new urgency to a project to create a universal public library — one that, they say, would be far superior to Google’s because it would not be commercial. The project’s ambitious mission, recently described in a four-page memorandum, is to “make the cultural and scientific heritage of humanity available, free of charge, to all.”

“People feel energized,” said Robert Darnton, the director of the Harvard University Library, who recently praised the project in an opinion article in The New York Times. “This is an opportunity for those of us who care about creating a noncommercial public digital library to get on with it.”

The lofty effort, the Digital Public Library of America, counts a long list of heavyweights among its supporters, including librarians from major universities and officials from the National Archives and the Library of Congress. Some of the nation’s largest philanthropic foundations have said they were interested in financing the project, though its total cost has not been determined.

The various backers of the library, and a number of interested parties, met in October at Harvard’s Berkman Center for Internet and Society, which is coordinating the project. Representatives from technology companies like Google and Apple attended.

But the endeavor remains in its infancy. The group has many champions — Mr. Darnton is the best-known and most vocal — but it has no formal structure other than a steering committee. It has formed six working groups to study the project’s scope, financing, governance, legal hurdles, technical issues and audience.

“Everyone who is at the table has a different idea of audience, scope, content and governance,” said David S. Ferriero, the archivist of the United States, who backs the project and attended the October meeting. “All those issues need to be worked through.”

Mr. Keller, a member of the committee, said the project “is coming late to the party.”

“It is still trying to figure out what it is and who it is,” he said. “There is no practical plan for getting it started.”