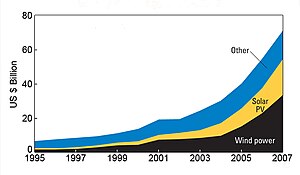 Electric cars are cleaner, quieter and more efficient than gasoline- or diesel-powered vehicles. Even so, they have not yet caught on. Now, however, a new era is beginning: the era of electric mobility. Experts from Fraunhofer are making important contributions to this.

If electric vehicles are to become an alternative to traditional vehicles there is a lot of research and development work to be done. The Fraunhofer-Gesellschaft created the “System Research for Electromobility” project back in June 2009, an initiative involving a total of 33 Fraunhofer Institutes. The research is financed with € 34.4 million in funding from the federal economic stimulus program II from the German federal ministry of education and research (BMBF). In addition, the federal economic stimulus program I provided investment in the amount of € 14 million.

“It is our goal to generate knowledge and technologies along the entire value chain, and in particular at the intersections, and then to make it available to industry as we here at Fraunhofer are used to doing,” said Professor Holger Hanselka, director of the Fraunhofer Institute for Structural Durability and System Reliability LBF in Darmstadt, Germany.

“To convert our vehicles to electrical motors is not enough,” emphasizes Dr. Günther Ebert, head of department at the Fraunhofer Institute for Solar Energy Systems ISE. Electrical vehicles can combat acute problems like climate change only if they are mainly powered by electricity generated through renewable sources. As long as the electricity still is being provided by large power plants fired by coal or gas, problems such as emissions of pollutants are simply transferred — to the sites of the power plants themselves. The expert explains: “In order to really utilize the advantages of electromobility we have to change the current mixture of available power more toward renewable energies.”

The energy concept of the German federal government envisions that in 40 years, up to 80 to 85 percent of the electricity will be provided by hydropower, sun, wind and biomass. “The goals are already there, they only have to be implemented now,” says Ebert. It is only then that electrical vehicles will truly be powered by clean energy.

One decisive advantage of electrical vehicles is that they convert energy in a far more effective fashion than gasoline-powered vehicles. Professor Martin Wietschel and his team from the Fraunhofer Institute for Systems and Innovation Research ISI determined that “their calculated energy efficiency, from generating electricity to driving performance (well to wheel) is about 40 percent, if one bases these calculations on the current electricity mix.” “As such the efficiency is about twice as high as that of a vehicle powered by fossil fuels. If only wind power were used to charge the batteries, the efficiency would be even at around 70 percent. In other words: electric vehicles are clearly far more economical than vehicles powered by fossil fuels.