Einstein Quotes from AI:
Home Innovation Back to the Wild to Build Better, Climate-Resilient Wheat

Back to the Wild to Build Better, Climate-Resilient Wheat 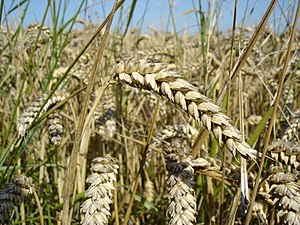 Genetic archaeology may help save wheat from climate change

A genetic archaeologist of sorts, Cary Fowler works to save the wild species threatened by crop domestication.

Fowler is the executive director of the Global Crop Diversity Trust, an organization that seeks to preserve the genetic diversity of plants in seed banks. By providing a backup of wild varieties for their domesticated crop cousins, seed banks provide insurance in the case of a devastating blow to yields.

Given the losses in Russia and Australia in the past year that constricted global supply and generated conflicts over rising food prices, this insurance against climate uncertainty is critical. “Diversity equals options,” said Fowler. “One of the things I know we’re going to need is resilience. We’re going to have to broaden the genetic base of our crops, because we’re going to experience a lot of fluctuation.”

Gene banks around the world hold tens of thousands of examples of wild wheat varieties. In the Middle East, Europe and China, where wheat is believed to originate, the number of wild varieties is countless.

Given wheat’s importance in the global diet — providing approximately 20 percent of the world’s calories — a resilient variety is essential. A 1-degree-Celsius increase in temperature correlates with a 10 percent decrease in overall crop yield, said Fowler.

For example, wild varieties could help control plant pollination to adapt to rising temperatures. Many domesticated plants pollinate in the middle of the day. If temperatures continue to rise as predicted, the heat could potentially sterilize the pollen.

But there are certain wild varieties of crops that pollinate in the wee hours of the morning, before sunrise. Less heat would give plants a significant head start to spread their seed.