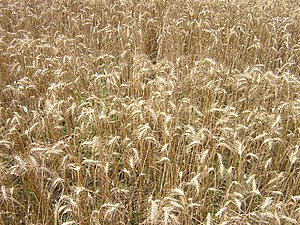 Finance ministers of the Group of 20 leading economies discussed the problem at a meeting in Paris last week, but for all of their expressed concern, most are already breaking their promises to help.

After the last sharp price spike in 2008, the G-20 promised to invest $22 billion over three years to help vulnerable countries boost food production. To date, the World Bank fund that is supposed to administer this money has received less than $400 million.

Food prices are now higher than their 2008 peak, driven by rising demand in developing countries and volatile weather, including drought in Russia and Ukraine and a dry spell in North China that threatens the crop of the world’s largest wheat producer. The World Bank says the spike has pushed 44 million people into extreme poverty just since June.

In 2008, 30 countries had food riots. That has not happened, at least not yet. Sub-Saharan Africa, in particular, has benefited from improved agricultural productivity. The United Nations Food and Agriculture Organization warns that Mozambique, Uganda, Mali, Niger and Somalia are extremely vulnerable to instability because of rising prices, along with Kyrgyzstan and Tajikistan in Asia, and Haiti, Guatemala, Bolivia and Honduras in Latin America.

Misguided government policies could make matters worse. Some countries are stockpiling food. When India did that last year, food ended up rotting in storages. Others are imposing agricultural export bans, which discourages investment in production. The world’s wealthier nations must press them to rethink these polices and back that up with real help.