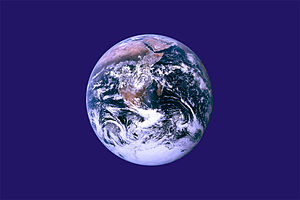 SHARED NATURAL RESOURCES UNDERPIN THE GLOBAL ECONOMY, BUT OUR CURRENT ECONOMIC SYSTEM DOES NOT ACKOWLEDGE THEIR WORTH. CAN A MAJOR NEW EFFORT TO ASSESS THE COSTS OF BIODIVERSITY LOSS FORCE A PARADIGM SHIFT IN WHAT WE VALUE?

Amid the dark clouds of the 2008 financial crisis, as the media documented a litany of bank failures, collapsed credit markets, and growing panic well beyond Wall Street, there was a brighter headline: For the first time since scientists began tracking them, carbon emissions in the United States decreased. The drop was marginal, but this environmental success, when juxtaposed with the crippled economy, raised a troubling point: Two important objectives—mitigating climate change and reviving the economy—were at cross-purposes. And it now appears likely that this contradictory relationship extends far beyond atmospheric carbon and climate change. In area after area, issue after issue, economic growth appears to be whittling away at the very foundations of the global economy: the ecosystems that supply our food, fuel, clean water, and stable climate. Our principle measure of success, the gross domestic product, or GDP, excludes the worth and loss of ecosystems and the services they provide, because as valuable as they are, they have no price.

Ecosystem services have passed beneath the financial radar in part because they are accessible to almost anyone—in economic parlance, they are “non-excludable.” No one can be prevented from breathing the air, for example. Also, demand does not affect supply, since one person’s enjoyment of the services doesn’t diminish that of the next user, a characteristic economists dub “non-rival.” These two basic properties place things like clean water and carbon sequestration in the economic category of “public goods.” And the problem with these goods is that since everyone can enjoy them free of cost, no one has an individual incentive to provide them. Their value goes officially unrecognized, and their supply is not maintained.

Public goods are not a new idea; many of them, like the atmosphere, the geostationary orbit, and the electromagnetic spectrum, existed long before humans, notes public-goods scholar Inge Kaul, former director of the United Nations Development Program. The paradox of provisioning such goods is not a new idea either, even to non-economists. The concept of a common property falling into disrepair entered the societal lexicon in 1968 when Garrett Hardin wrote his landmark paper The Tragedy of the Commons.

Today, however, acknowledging the worth of such goods is more pressing than ever. The increasing connectedness of the world’s ecosystems—largely through human mobility, international commerce, and accumulated environmental degradation—means that the fallout from the abuse of public goods shakes communities from the Maldives to the Andes. National governments have traditionally managed the provisioning of goods like public health and clean air, but in this connected world, the goods that each nation desires, or doesn’t, in the case of pollution, are unattainable without incorporating the interests of other states. As Kaul puts it, “A growing number of national public goods have gone global.”

The global public good that both epitomizes and encompasses the challenges that the world faces today is biological diversity, the variety of life on Earth. “Biodiversity loss is, in a sense, the big problem of which all others are relatively small applications,” says Charles Perrings, an environmental economist at Arizona State University and a fellow of the Beijer Institute in Stockholm. Biodiversity is the foundation of ecosystems that capture carbon and energy, and that cycle water and nutrients through the biosphere. These processes, in turn, enable all of the activities—from plant photosynthesis to potato farming—that make human life on Earth possible. Another way of looking at it, says Perrings, is that most human activity boils down to changing the mix of organisms with which we interact. Public health, for instance, is the control of which pathogens come into contact with humans. Farming is simply the tweaking of wild species to suit human tastes and energy needs. Science, medicine, and global agriculture rely heavily on the barely explored cornucopia of the world’s genetic resources. The loss of biodiversity, then, is the loss of everything.