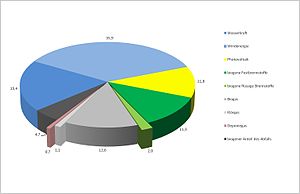 Volkswagen has recently announced a rather ambitious project that, for a change, has nothing to do with cars. Teaming up with regenerative-power company Lichtblick, it aims to install 100,000 co-generation power units in Germany as part of a concept called ‘SchwarmStrom’ which, literally translated, means ‘swarm power’. Successful application would allow Germany to abandon the use of nuclear and coal power stations and provide adequate backup to renewable energy sources, reducing carbon dioxide emissions by up to 60%.

The plan is to install miniature gas-fired power plants based on internal combustion engines in homes, which would collectively produce electricity equivalent to two nuclear reactors over the course of year. Providing heating, hot-water and electricity would be the generator’s main job, and excess power would be relayed back into the local grid for use elsewhere.