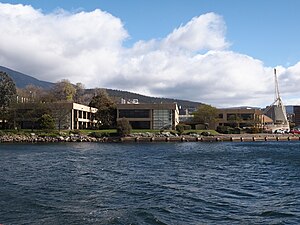 CSIRO scientists have developed a revolutionary technique for the rapid on-site detection and quantification of petroleum hydrocarbons (commonly derived from crude oil) in soil, silt, sediment, or rock.

Developed in collaboration with waste technology specialist, Ziltek Pty Ltd, the technique means that the presence of petroleum hydrocarbons can now be quantified simply by using a hand-held infrared spectrometer to take readings at the site of interest, without the need to take samples or perform any kind of processing.

The technique could be used for oil exploration purposes. It will also be particularly useful in assessing and monitoring contaminated sites such as coastal land following off-shore oil spills and industrial sites planned for urban redevelopment.

“They can remain in the environment for extended periods of time and can be harmful to wildlife, plants and humans. Better tools to detect them makes a rapid response possible.”