The Latest
Home Innovation Aiming to Learn as We Do, a Machine Teaches Itself

Aiming to Learn as We Do, a Machine Teaches Itself 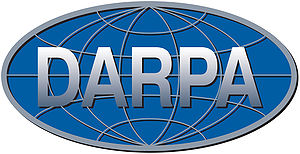 Give a computer a task that can be crisply defined — win at chess, predict the weather — and the machine bests humans nearly every time. Yet when problems are nuanced or ambiguous, or require combining varied sources of information, computers are no match for human intelligence.

Few challenges in computing loom larger than unraveling semantics, understanding the meaning of language. One reason is that the meaning of words and phrases hinges not only on their context, but also on background knowledge that humans learn over years, day after day.

Since the start of the year, a team of researchers at Carnegie Mellon University — supported by grants from the Defense Advanced Research Projects Agency and Google, and tapping into a research supercomputing cluster provided by Yahoo — has been fine-tuning a computer system that is trying to master semantics by learning more like a human. Its beating hardware heart is a sleek, silver-gray computer — calculating 24 hours a day, seven days a week — that resides in a basement computer center at the university, in Pittsburgh. The computer was primed by the researchers with some basic knowledge in various categories and set loose on the Web with a mission to teach itself.

“For all the advances in computer science, we still don’t have a computer that can learn as humans do, cumulatively, over the long term,” said the team’s leader, Tom M. Mitchell, a computer scientist and chairman of the machine learning department.

The Never-Ending Language Learning system, or NELL, has made an impressive showing so far. NELL scans hundreds of millions of Web pages for text patterns that it uses to learn facts, 390,000 to date, with an estimated accuracy of 87 percent. These facts are grouped into semantic categories — cities, companies, sports teams, actors, universities, plants and 274 others. The category facts are things like “San Francisco is a city” and “sunflower is a plant.”

NELL also learns facts that are relations between members of two categories. For example, Peyton Manning is a football player (category). The Indianapolis Colts is a football team (category). By scanning text patterns, NELL can infer with a high probability that Peyton Manning plays for the Indianapolis Colts — even if it has never read that Mr. Manning plays for the Colts. “Plays for” is a relation, and there are 280 kinds of relations. The number of categories and relations has more than doubled since earlier this year, and will steadily expand.

The learned facts are continuously added to NELL’s growing database, which the researchers call a “knowledge base.” A larger pool of facts, Dr. Mitchell says, will help refine NELL’s learning algorithms so that it finds facts on the Web more accurately and more efficiently over time.

NELL is one project in a widening field of research and investment aimed at enabling computers to better understand the meaning of language. Many of these efforts tap the Web as a rich trove of text to assemble structured ontologies — formal descriptions of concepts and relationships — to help computers mimic human understanding. The ideal has been discussed for years, and more than a decade ago Sir Tim Berners-Lee, who invented the underlying software for the World Wide Web, sketched his vision of a “semantic Web.”

The Latest Streaming News: A Machine Teaches Itself updated minute-by-minute