Trust in the Twitterverse 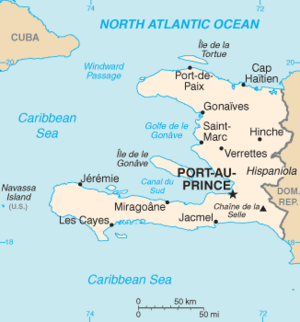 With the world scrambling to cover the recent devastating Haitian earthquake, journalists, neuroscientists, and everyone in between are testing the frontiers of social media.

Today, down in the descriptively named Research Triangle in North Carolina, more than 250 scientists, journalists, bloggers, programmers, and multi-hyphenated combinations thereof are planning the future of science communication on the web. (Practicing what it preaches, the conference has provided a wiki and an iPhone app as its go-to sources for information.)

Organized by a number of our own ScienceBloggers, among others, SciOnline’s multifarious panels and discussions touch on everything from the eminently practical to the deeply philosophical. But the overall takeaway is clear: Scientific information is fundamental to our society, so we might as well get really good at connecting it with the dominant communication medium of the foreseeable future.

Sadly, the timing is perfect. On Tuesday, a 7.0 magnitude earthquake destroyed the Haitian capital of Port au Prince. While the major news organizations struggled to get people on the scene, the world was already using social media sites—notably, Facebook and Twitter—for on-the-ground accounts and to organize aid donations. While cellular service quickly became overloaded and spotty, it enabled international communication that would have otherwise crumbled along with so much of the city’s physical infrastructure.

Whether these web-based communication tools were actually useful to the affected Hatians, as Curtis Brainard at CJR discussed on Wednesday, the impact on journalists is becoming increasingly clear. With each new disaster or emergency, these tools are being tested as supplements to—or potential replacements for—a news infrastructure that still bears a remarkable resemblance to the one that covered the Hindenburg disaster in 1937. Communication professionals send video, audio, and textual accounts from the scene, but have a disorganized-at-best way of receiving and compiling them from others.

That infrastructure is certainly in the process of evolving, though it is with the usual fits and starts. Other recent examples of social media experiments in news-gathering and dissemination included the Fort Hood shootings and Iran’s contested elections of last year. Web-savvy citizens may have beaten news organizations to the punch in using such tools in those cases; the latter seem to have learned their lesson for this disaster.

But while such social crises and upheavals are primarily understood through a political lens, natural disasters require a scientific one as well. CNN may be able to fly Anderson Cooper into Haiti at the drop of a hat, but I’ve yet to see any of his contemporaries provide the kind of tectonic analysis that Chris Rowan posted at Highly Allochthonous within a few hours of the news.

What ScienceBlogs—and blogging in general—lacks in helicopters it makes up with a network of people and skill sets that are much broader than those traditionally employed by media organizations. When dealing with a subject matter that requires as much expertise as science, that fact is especially pertinent. Indeed, PBS MediaShift’s Andria Krewson recently held up Science Online as role model for the future of media specialists of all stripes.

Science is a great model for examining the future of news, as it’s one of the few modern beats that actually involve real news: The very practice of science revolves around the production of knowledge heretofore unknown by anyone.